Hotel Sales Report - you can't give them away 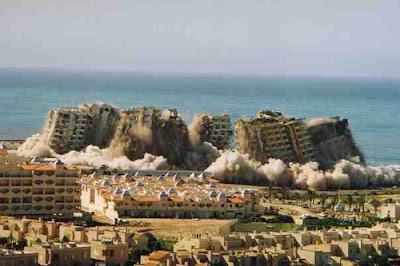 Jones Lang LaSalle Hotels has issued a report that in H1 2008 $13.9 billion worth of hotels were bought and sold. That might be a big sounding number but it is down 76% on the same period in 2007. The declines are most pronounced in the Americas - which saw an 81% decline. Ehotelier.com has the whole story and some graphs.

Another interesting stat from the report - 84% of the transactions were for hotels of value less than$100mm and only one at greater than $1billion. It may be that this trend is unrelated to travel market decline and more related to the credit crunch and resulting inability of institutions to raise the debt that is needed to finance large hotel acquisitions. I hope that is the answer and not that this story along with the RevPAR story are indicating that the market is going south.

thanks to the Chris & Sandra Marshall on flickr for the photo
Posted by Tim Hughes at 15:32

Email ThisBlogThis!Share to TwitterShare to FacebookShare to Pinterest
Labels: hotels

First off I want to say that Im really upset that this blog was posted on my birthday and I didnt get to see it on my birthday! :)
I most definitely agree with a lot of people in here, throwing differnet views, different discussions. THIS IS WHAT I LIVE FOR!
:o)