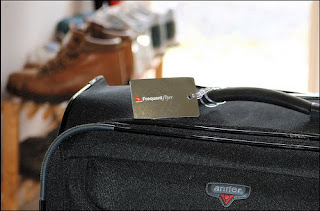 Thanks to teelwan via flickr for the photo
Posted by Tim Hughes at 07:57 8 comments:

5 of the Best from the Shearwater Blog 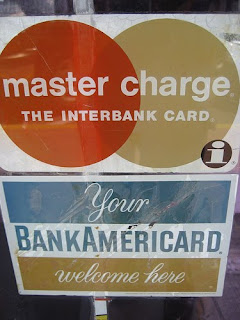 Congratulations to blogger and travel/payment executive Martin Collings. For six year Martin was an executive at Amadeus in Europe and Chicago. For two and a half year Martin blogged on online travel and ancillary sales via his Shearwater press site (also a Tnooz node). This week I learned that Martin had moved back to Australia to take up a position as VP Market Development for Mastercard. Martin is pausing his writing at the Shearwater blog. But I thought I should share with you some of his best posts.

Many more over at the Shearwater blog.

Thanks to Bill on Capitol Hill for this fantastic photo of the old mastercard and visa branding
Posted by Tim Hughes at 23:55 1 comment: 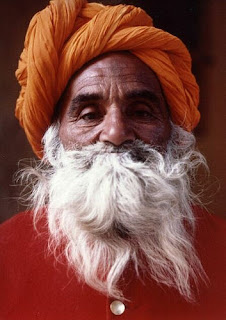 The Indian online travel industry seems (in market designed to produce mixed metaphors) to burst in waves. Back in 2008- the four leading companies of India - Makemytrip, Cleartrip, Yatra and Travelguru seemed to have created a $2bb plus online travel market from a near standing start.

In their recent India report, PhoCusWright now puts the 2010 online travel market (leisure and un-managed business) at more than double 2008. $4.3bb is their size estimate, as much as 25% of the total travel market. They predict a rise to $7bb in 2012 (you can buy the report here). That would put the India of 2012 at the same size as the online market of Australia in 2010. An almost unrivaled acceleration in online travel. Like many markets online, the buying of low cost carrier tickets is a huge driver. But, unlike many markets, rail is a significant part of the grow story in India. Online rail in India is already more than a $1bb a year and is more than a quarter of the online travel industry's total turnover. In India (according to PhoCusWright), the percentage of rail online is twice the percentage of hotel online.

Corporate activity is accelerating alongside the market acceleration.

Cleartrip is chasing hard. They have just raised $40 mm from travel travel expense and management solution provider Concur (you remember them, they bought TripIt in Feb for up to $120mm).

Not to be left out, a day later Yatra announced they were raising $45mm from raised from Valiant Capital Management, Norwest Venture Partners, Intel Capital and others (WSJ story here). According to the WSJ this eclipes the $33.8mm they raised in the last round. The article quotes sources saying that a float in the next 12-18 months is very likely.

Expedia is also refusing to be left out. They have added India to their list of markets covered by their JV announced with Asian low cost carrier giant Air Asia.

Via is trying to argue there is room for more players. With $15mm raised so fare from NEA Indo-US Ventures, Sequoia Capital India and others, Via (also known as Flightraja) has mega bucks in their sites announcing last month they intend (emphasis on intend) to raise another $100mm.

Travelocity are trying to peek their head above the noise through a marketing relationship with Mastercard.

A very busy 30 days in a fast growing market. Did I miss anything? For the Tnooz latest list of top travel sites in India care of Hitwise click here.

Thanks to FriskoDude for the great photo via flickr
Posted by Tim Hughes at 06:31 5 comments:

I have put together some pre-conference predictions for 2011 (based on by full 2011 predictions). They were picked up and published in a post on eHotelier along side predictions from Robert Bailey of Abacus and (Professor) Timothy O'Neil-Dunne of LUTE technologies (and so much more). Check out the full text here.

For a reminder of my thoughts on last year's Eyefortravel check out this post.
Posted by Tim Hughes at 15:51 4 comments:

Tnooz: HomeAway, Home and Away and the links between online travel and teen angst

HomeAway is the largest vacation rental site in the world. Home and Away is one of Australia's longest running soap operas and a launch pad for plastic surgeons, vampire hunters and psychotic clowns. What do they have in common? Check out my latest Tnooz post "HomeAway and the real life Home and Away soap opera" to find out.
Posted by Tim Hughes at 08:18 No comments:

The BOOT received a mention on the BBC website after the recent No Vacancy conference. See the story here.
Posted by Tim Hughes at 20:21 4 comments: