Social media is either overhyped, underhyped, or somewhere in the middle

Across two conferences two sets of travel executives have highlighted the challenges in figuring out how much to invest in social media for online travel companies. At last year's PhoCusWright Steve Hafner of Kayak called social media "overhyped". A session or two later former Expedia CEO Rich Barton called it "underhyped". At this year's No Vacancy Glenn Fogel of Priceline called social media experts "charlatans" while Toga Hospitality CEO Rachel Argaman said the future of the internet was pages inside Facebook. Meanwhile Wotif provided the perfect case study to test this debate by launching $11 rooms for 11 minutes via social media.

In my latest Tnooz post I discuss this debate and look in depth at the Wotif promotion. Check out the story here.
Posted by Tim Hughes at 10:00 6 comments:

The BOOT will be at the No Vacancy conference tomorrow in Sydney. Come find me at the event or follow all the live tweeting live from @hughestim and #novac11.

PS = #novac is the tracking for Novac Djokovic.
Posted by Tim Hughes at 09:40 No comments:

Email ThisBlogThis!Share to TwitterShare to FacebookShare to Pinterest
Labels: novacancy 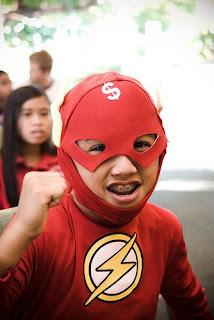 We know that the flash and private sale models are working well and growing fast. But how well and how fast? In an article from SF Gate Jetsetter CEO Drew Patterson spills some interesting performance metrics on the company (and by implication the sector). Highlights from the interview include:
Read the full story here

Thanks to JPhilipson via flickr for the great flash kid photo
Posted by Tim Hughes at 20:03 3 comments:

Email ThisBlogThis!Share to TwitterShare to FacebookShare to Pinterest
Labels: jetsetter

Over at the CustomerUnderground I posted a 5,500 word rant about my living, loving and hating Dell. CustomerUnderground co-founder "Higherthanexpectedcallvolumes" has posted a piece that might interest you. He has put up an old school customer I've-had-enough-a-thon about the low cost carrier business. The trigger the story of a nurse who tried to help another passenger on a Jetstar flight. As a result she missed her return journey and Jetstar tried to charge her to rebook her flight.

Check out the rant here - it is called "Why do Low Cost Airlines Hate their Passengers (and What Do We Do About it)?"
Posted by Tim Hughes at 10:00 No comments:

BOOT will be at No Vacancy in Sydney March 23

The BOOT will be joining hundreds at the No Vacancy Conference in Sydney on March 23 (Dockside, Darling Harbour).

Speakers I am looking forward to include:
UPDATE - note after the Fairfax and Occupancy deal, Justin and Kirsty will be replaced David Anderson (MD Transaction Division of Fairfax Division)

Tickets still available here. 200 have already signed up to join (list of attendees as at March 7 here). Let me know if you are going to be there.
Posted by Tim Hughes at 10:00 1 comment:

News out this morning that vacation rental and short let group Occupancy.com has been bought by media company Fairfax. Occupancy will now be combined with Stayz.com to form the clear and unambiguous number one in the vacation rental/short let online market in Australia. According to the SMH the sale was for $29.1mm. The Australian says this is made up of $17.9mm in cash and $11.2mm in shares in the combined entity. The shareholders of Occupancy will retain 10% of the shares in the combined group. Does this mean the combined entity is valued at $112mm??? (will need to investigate).

Sites in the combined group will include Stayz, Rentahome and Takeabreak. Early news is that it will be combined with the NZ businesses for Fairfax holidayhomes.co.nz and Bookit.co.nz. Not sure what it means for Travelbug.

This is a big move.The Combined Stayz and Occupancy likely have 60-66% of the market for online vacation rental and short lets in Australia. With Yahoo7's TotalTravel second and Realholidays (subsidiary of Real Estate.com.au) a very distant third.

I will do more analysis later - hopefully including an interview with someone at Occupancy. For background:
Still to find out:

An insurance salesman selling hope while entertaining via TEDx

WorldNomads General Manager Chris Noble is one of my favourite conference beer buddies. I have enjoyed many a post conference beer talking about social media, online travel and building a customer proposition. Great presenter and interesting bloke.

While Chris' day job is as a boss of an insurance company, at night he and his WorldNomad's fellow founders set up Footprints.org. I first blogged about Footprints here. It is a micro donations system that can be built into a purchase path so that small amounts of money can be collected from a large customer base as part of an unrelated consumer transaction. To date they have raised more than $1mm for 65 projects from 411,000 donations. If you are interested in hearing more check out the below video of Chris presenting at the recent TEDx Phnom Penh conference.