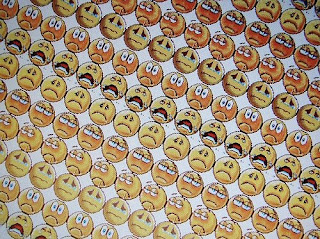 I wrote back in 2007 about what successful online distributing airlines should do to stay on top of the online travel game. That post was published in the T-List book and you can find it here. You may have heard that Qantas has merge it's vacation division - Qantas Holidays - with an offline retailer Jetset in a move that could (but only could) be a part of them listening to this advice.

It is a good move for Qantas' online efforts only if they use this sale to "un-cuff" the website from the legacy offline business of Qantas Holidays. That is - allowing Qantas.com to establish online complementary business to air sales without being worried about cannibalising offline sales of a technologically constrained vacation group. I doubt it will in this case.

Even if QF take this chance for expand online plans, it has been very bad news for the Qantas Holidays staff that now find themselves about to be stripped of their Qantas staff perks - mainly access to very very cheap Qantas staff (according to Australian Travel Daily pdf) UPDATE - this may not be true - see below. This is despite the fact (according to the article and relevant Trade Union) that Qantas will end up with 58% share in Jetset. If true I don't see the upside to Qantas in making this decision as it immediately makes a flight risk every single employee at Qantas Holidays but as regular readers will know I am often confused about Qantas actions.

UPDATE - 16 April have heard word from the inside that this report on benefits being stripped out is not true. Story from my source is that the flight benefits will be retained. So is this just Qantas Unions crying wolf or is there a good sales job going on inside Qantas Holidays or somewhere in between. As all good journalists say - "only time will tell".
Posted by Tim Hughes at 21:19

As the author of the story in Travel Today (not Travel Daily as mentioned) I spoke to Qantas Holidays staff who confirmed the plan to withdraw interline travel benefits should the deal with Jetset Travelworld proceed.

The facts behind this are that the bipartisan interline agreements between airlines do not permit staff of partly owned subsidiaries from gaining access to interline flights. The simple fact is that these agreements prevent Qantas from permitting staff of a 58% owned subsidiary from getting access to this benefit. Qantas has had discussions with some of the major airlines with which it has interline staff travel agreements asking to lift this restriction and so far none of them has agreed to do so.

I am a travel agent and am not booking Qantas Holidays ever again. I think ever since they closed the Brisbane office the service level has dropped and they are so rude especially if you speak to a consultant in Sydney. It's a shame that they had to get rid of an office that I really liked speaking to because of their friendliness and product knowledge and nothing was ever too much of a problem whenever I spoke to the Brisbane office. I have now found other wholesalers who treat me like they want my business.