The 33 Biggest Corporate Implosions. Ever - 3 in Travel, 4 tied to the BOOT 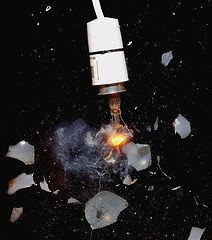 Nice piece on HR world covering the Biggest 33 corporate Implosions of all time.

No surprises that a number of travel companies are on the list.

Number 13 - TWA that despite 70 years of operation, a requisite stint in chapter 11 Bankruptcy protection and re-invention as a domestic carrier disappeared through an acquisition by American in 2001

Strangely Pan Am did not make the list? Personally I have 4 former clients on the list from when I was a lawyer.

Email ThisBlogThis!Share to TwitterShare to FacebookShare to Pinterest
Labels: Airlines, boom, me and my blog

i was disappointed that no Australian company made it ...YET.

Come on RoamFree, lets get your act together and get up there