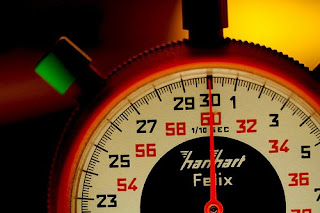 The sixth of my five predictions for 2009 was that the economic conditions would mean that the last minute model would return in online travel distribution. This is where suppliers provide intermediaries (and direct channels) with heavily discounted inventory very close to the day of travel. I called this model as being "on hiatus" but not dead back in May 2008 because suppliers were doing so well they had no reason to risk future sales by discounting.

I do not like to fall for PR spin dressed up as research but I am starting to see more and more evidence of the likely return of last minute discounts. The most recent PR spun research piece comes from The Co-Operative Travel as picked up by Travelmole and e-tid in the UK (registration required for both). In short the survey of 850 customers found that more than half (57%) were waiting until between March and June to book their "traditional" UK summer holiday. 89% had not finalised their summer plans, with 65% still intending to go on holidays. In other words waiting until the last minute to book.

I am sure this is more driven by the economic circumstances of the traveller rather than some cunning plan to wait for suppliers to drop their prices. But the consequence will be to force suppliers to cut capacity (if they can) and drop rates. I expect to see more of this across different countries and distribution channels. We are now officially in last minute model rebirth watch here at BOOT central. Are you seeing any earlier evidence of the return?

thanks to lounger over at flickr for the great photo
Posted by Tim Hughes at 18:17

being in the last minute space i can tell you hotels are all desperately seeking more last minute websites to dump inventory.

designercloth said...
This comment has been removed by a blog administrator.
17 January 2009 at 5:54 pm

But hotel need to be smarter with this strategy. I see too many crazy distribution strategy, especialy with independant hotel who don't know how work the distribution landscape

@Claude - I agree. Just dumping rates everywhere and anywhere when times gets tough holds consumers up from purchasing. Hoteliers need to focus on creating attractive deals and controlling distribution