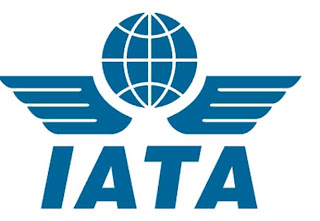 I have come across an interview in the TimesOnline by Suzy Jagger with IATA CEO Giovanni Bisignani. The article is a great piece of PR for Bisignani but if you can read through the "talking points", the text contains some interesting predictions and comments from him about the year ahead for airlines. Here are a couple of them:
Backs up my predictions from yesterday including that I expect to see another big airline fail this year (other than Alitalia).
Posted by Tim Hughes at 21:09

i think passangers and people movement will be dictated by currency fluxuations rather than bargins andfuel prices.

Have we all become older and smarter or better shoppers ?

@Anon - there is definitely a greater than usual impact for currency changes on travel behaviours. The Euro vs the Pound. The Yen v the Aussie D. The challenge is that the fluctuation itself brings uncertainty. I have anecdotal examples of people booking trips 3 months out at one exchange rate then having to cancel just before departure as the change in the rate made the destination costs unaffordable.

Tim - what's your prediction on the impact of Delta flying from LAX to Sydney in 2009?

@Anon - the good news is that it means more capacity and therefore reductions in prices. The bad news is that the Delta product (like the United product) is not in the same league as Qantas and the airlines I want to be allowed on the route (Emirates and Singapore). Good story here on Cranky Flier if you want some more details.