EveryYou and Customer Reward: When an upgrade is not the right response 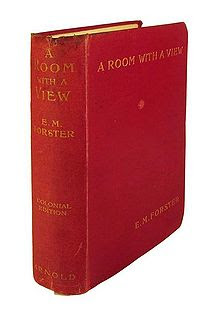 My EveryYou concept is about developing specific and targeted recommendations (which can include rewards) of one based on the unique combination of desires, needs and interests of each individual at any moment in time. I had a chance this week to experience an example of the deficiency of customer profiling and standard practice and thus a place where a more individualised (EveryYou) approach would have been much better.

I have just bought a house – should be celebrating. But due to a twist of fate and timing I have to spend the next two months in a serviced apartment before I can move into the new house. It is nothing too dramatic but gave me a chance to sample the serviced apartment market. I won’t mention the provider but they very kindly offered me a complementary upgrade to a bigger apartment with a view. Of course I was pleased to accept. Just prior to check-in we settled all the details of the stay including the deposit payment and my confirmation that I would be brining by wife, seven year old and three year old.

On check-in we discovered that the upgraded apartment was much bigger than expected, had great views over the park and had the bonus of a separate study/office. But we had to move out immediately. As large as the apartment was, it was completely unsuitable for children under 12 let alone 7 and 3. Firstly the bedrooms were on two separate floors. Meaning that my wife and I would have to sleep on a different floor to the children – not acceptable when one of the bedrooms is right next to the front door that cannot be locked. Secondly the study/office (on the second floor) had two windows at child accessible height that could easily be opened and pushed outwards. Easily exposing a young curious mind to a ten floor drop and instant death. Either we put the children in a bedroom next a door where the three year old could leave the apartment without us knowing or in a bedroom near a study with easy access to a deadly drop.

When we spoke with the front desk, they could not understand why we wanted to move (clearly not parents) and especially could not understand that we wanted to turn down the upgrade and take a smaller (but safer) apartment. This exposed two things to me. Firstly how “the upgrade” is one of the few (if not the only) pre-check in reward that a hotel/serviced apartment has set for sharing with consumers. Secondly how in the serviced apartment market the staff are not as well prepared as hotel staff for non-standard request.

Under a generalised profiling system of customer rewards, it is clear that the vast majority of customers would love to receive an upgrade. But trusting generalisations and profiling can lead the hotel/apartment sales rep to use it as a reward when deeper analysis would show that other rewards would better impress and therefore make more loyal a customer. If my wife and I were on our own or with adult travelling companions (ie the "weekend holiday away with friends" version of me) then the upgrade would be perfect. But if the accommodation provider had spent the time analysing and using the data they had on me for this trip (ie the "parent" version of me) then they would have determined that the reward I would have been more interested in would be a twin room as the second bedroom or an apartment closer to the swimming pool or free car parking. On another occasion (ie the "business traveller" version of me) it would be free wifi rather than a bigger apartment that would be the perfect reward. Generalised profiling is no match for taking the time to use data provided by customers and technology available to suppliers to target rewards/recommendations suited to not just the individual but the version of the individual that happens to be travelling at the time (EveryYou). Using these techniques would prove to my landlords for the next two months that a upgrade is not always the reward it should be.

Couldn't agree more with you.
The frustrating fact is that these considerations are actually easy to make for the staff.
we'll get there one day, I hope.

A quick conversation with the guests would also help here...along the lines of "Sir, is there something we can do to make your stay more comfortable, for instance...an upgrade, or free parking, or..." and let the customer tell you how to best meet their needs. A little communication goes a long way

Frontline customer service reps should have the ability to put themselves in others shoes and make logical decisions based on their specific needs. I'm not sure if this is a skill that you either born with or not, but it seems to be so hit and miss these days.

Shame they blew it so badly.

1. Thee is no empowering today at front desk, all operators from the big chains to the little ones have this idea that saving money by NOT training staff nor giving them trust has negative bottom line savings....

Also the tools and systems from the PMS side are also poor in capturing and centralizing this data as well.

But... did you advise you have small children pre-checking ?

@Anon - good points. Thanks. Yes they knew that I had children coming and the ages

As consumer I am somewhat miss trusting of a company profiling my wants, needs and desires. One of the reasons for this is that I would like to think that I know what I want and are able to clearly articulate this.
Another reason is that I am probably like many consumers that will change my hotpoints on a regular basis due to fashion my mood etc and like options put in front of me as opposed to someone second-guessing my needs.
As an accommodation provider, I am often surprised at the different sleeping arrangements that some families have. The upgraded apartment you were offered would suit many families but clearly not others.
There is a risk of a child leaving any apartment unknown to the parents no matter the layout. This risk can depend on the parents and child, however I concede that the two levels does exasperate this. This can be resolved with a simple child proof device (we have them at our property).
The opening window in the study seems to me to be an unfortunate building violation?
So ignoring that - should this apartment have been offered to you?
I still think it should have - however the layout should have been clearly spelt out to you before you entered the room.
When you negotiated your long-stay you agreed on a room-type and tariff that you were both happy with. I trust that the tariff negotiated was in fact your "reward".
I suspect the future load at the apartment complex dictated that this upgrade could be offered at little opportunity cost and some credit needs to be given to the accommodation provider for identifying this and giving you the opportunity.
It is unfortunate that because this option was not suitable to your needs, human nature dictates that in this situation you may have wanted another added value item gratis as an assumed “compensation”.

@motella - thanks for comments and nice blog

Re: risks of profiling. I agree that some consumers will be nervous but it is happening right now. Consumers are giving up data Facebook that would he unthinkable in terms of privacy risk in the 1990s. Google is customising search results based on past behaviour. All the main OTAs bias the sort order based on profiling etc etc etc

Re risk of leaving apartment. This could be mitigated by those swing or chain locks that are on room side of most doors in most hotels. The type that do not infringe fire safety but cannot be reached by a child.

Re the window - I agree with you on code violation but I have since look at the outside of this complex and it seems that the whole complex has the push out window - very strange.

thanks for detailed remarks