Qantas to Amadeus – what the hell was that???!? 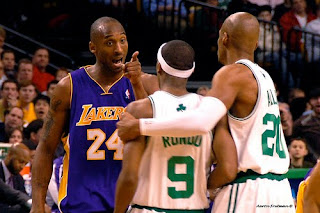 In 2007 Amadeus and Qantas were riding high. A joy filled press release heralded that their relationship would bloom for another ten years. The then CIO John Willett was full of praise saying

A year later there was a new CIO at Qantas (Jamila Gordon) and the good times continued. The companies announced that the Altéa system was fully implemented. Gordon was filled with the joy and expectation that can only be found in press releases

"Exceptional customer service is a key competitive weapon and you can only deliver this by understanding the needs of individuals which is what the integrated Altéa system provides." She added, "As the operating environment for airlines gets tougher, it is essential that technology is able to both deliver greater operational efficiency as well as support the implementation of policies that build customer loyalty and drive increased revenues."

Fast forward to Jan 3 2010 and the Amadeus and Qantas bromance took a blow (though it does not look fatal) when the Amadeus Altéa system appeared to suffer a world wide hour long blue screen of death crash-a-doodle-do. Automated check-in came crashing down. Customers were stuck and airline crews abused. Qantas firstly called it “intermittent” (SMH) . But later an ABC commentator found out that the system had crashed on three separate occasions during the outage period. Delays, angry customers and twitter rant–a-thons ensued.

Unlike the PR love-ins of the previous announcements, Qantas was very happy to very publicly blame the whole thing on Amadeus. Newly appointed Qantas spokesman David Epstein used all of the tact that his former Labour party bosses are famous for by being very polite in his finger pointing but stating clearly and cleanly

"We are seeking assurances this won't happen again,"

(according to a report from the ABC)

The Herald Sun very neatly summed up the response from Amadeus to the blame game “Amadeus could not be reached for comment”. I bet they couldn’t.

Thanks to Aaron Frutman over at Flickr for the phot of Kobe in flight
Posted by Tim Hughes at 08:59

Glad someone has picked up on this blame game. I was one of the lucky few to be flying from Melbourne to Sydney on 3 Jan and working in a Hospitality IT role was very interested in how this was handled by Qantas. Firstly it was an example of the importance of training on how to work manually. There was a lot of confusion from Qantas staff and no clear direction from any of their management - we were called forward for our flights and were told to join 3 separate queues none of which were correct.
Also being in an IT management role we have many occaisions where software vendors have software bugs or outages that greatly impact our operation and revenue. We would never publicly blame our vendors as ultimately customers are doing business with us - not our suppliers...
Even when calling Qantas to check on our lost baggage (1200 bags were lost on 3 Jan) there was an automated announcements stating 'Due to the worldwide Amadeus outage there are long call delays'!
Interesting that Qantas seemed to be the only airline affected in such a bad way. I did not see any news stories from Singapore Airlines, Air France etc - perhaps they have backup solutions in place and have planned for these types of situations?
Seems to be a example of how not to manage an major IT issue.

@Mr Smith - thanks for sharing. Much appreciated

I think that Qantas is the only one that uses the full Altea suite, the others probably don't use the check-in component which was the part that appeared to fail.

And yes it's piss poor to blame your Vendor, but that's how Qantas role.

Pretty typical of the attitudes of people workiing for a duopoly.

Anon is almost correct. In the southern hemisphere QF is the only full user. They were the launch customer for the check in system (DCS). LH was so unhappy about it that they decided to retain their own and old system that has worked for so many years.