2010 Predictions: The BOOT on what to expect for 2010 in the online travel industry 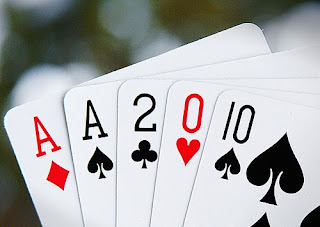 You think 2009 was full of surprises. Well fasten your safety belts, lock in the tray table and get ready for the turbulence, change and excitement that I expect 2010 to bring.

thanks to pfala for the photo via flickr
Posted by Tim Hughes at 22:30

taking up your 2nd point. yeah it will be interesting to see how app.versions grow versus mobile.version. with app.versions seems to be some problems for some models.

for example; kayak has a pretty cool app.version however they link off to web.versions of their advertisers’ sites. i.e. a hotel search took me to agoda, hotelclub etc web versions.

i’d only book travel on a web.version using an iphone if it was an emergency. So kayak app in this case only supports 50% of the journey. Even the likes of the hotels.com app only links to their web version, from what i could see.

am very impressed with the mobile.wotif.com site. they’ve gone for mobile instead of the app (at this stage), and have done a fine job on execution. even if i type in wotif.com it picks up that im on an iphone and serves mobile.version. tried the same with expedia.com and it just serves up the web.version.

from what i can see there are pros and cons between mobile.version and app.version. 2010 will be interesting to see how well the industry interprets these.

I suspect mobile.versions will be the biggest generators of bookings for travel in 2010, given travel companies can actively market the mobile.URL.com instead of relying on being found via an app store.

ps. one think that won’t change – is spamming of blogs like from Roedy (above)

I wanted to make a comment on your 3rd point where you mentioned search is no longer as effective now compared to what it was in 2005. Firstly, if you look at Google trends , and focus on some of the high volume search terms out of Australia, the trendline since 2005 is only slightly down. In fact, I am noticing some significant upward swing coming into the back-end of 2009 which brings the trendline, in some cases, above the 2005 levels. This to me indicates that search is still just as effective in capturing customers as it were in 2005.

Secondly, in Australia, the percentage of accommodation booked online is set to almost double over the coming years, based on Euromonitor statistics. Now, this could be a combination of current online bookers booking more online PLUS completely new users coming to the online space to book for the first time. If the majority of this growth is however driven via new users, I would expect these consumers to be naturally more closely aligned to traditional search methods i.e. Goolge as they grow in this space and become more comfortable with online platforms and methodology’s.

I think search patterns will change for sophisticated online lookers and bookers but only as technology and new search models mature and become more usable. I have still not seen a single model that demands mass take-up beyond the OTA and Metasearch models. OTA in my opinion is still king and will always be the dominant driver of online revenue as long as they adapt and integrate into new technology platforms, the next being mobile.