US Airline industry embarrasses itself by blaming woes on oil speculators 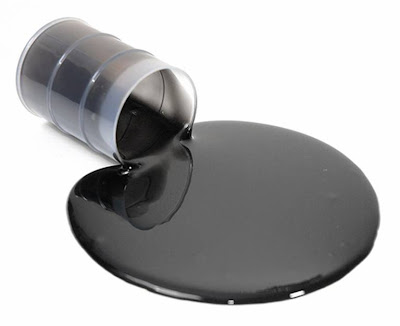 They have even supported a very serious looking website called "Stop Oil Speculation Now (or SOS NOW)". The ludicrous argument by the airlines is that when speculators enter the market they sell the oil to each other with no intention of delivery with the only consequence is driving up the price. This is an absolute lie.

The airlines are the first to tell the markets about their financial genius when they successfully hedge against fuel increases and save $$$$ in fuel costs. Hedging can only occur because there are speculators in the market that are prepared to bet the other way. If you remove speculators, then hedging disappears and the airlines will have no facility at all for planning ahead of time for fuel purchases. They will have to do what you and I do - turn up to the pump and pay the price on the day. There is no one in the airline industry that wants to do this and therefore remove speculators and hedging.

If speculators disappeared then it would dramatically increase the uncertainty for airlines in fuel prices resulting in increases in prices rather than decreases.

This is a blatant and almost pathetic smokescreen to cover up efforts to beg for government support/handouts and set up someone else to blame when the chapter 11 bankruptcy filings start.

Thanks to Mark Ashley at the Upgrade:Travel Better blog where I first saw this story. He has some good analysis of this in his post which I encourage you to read.

thanks to frunt on flickr for the image
Posted by Tim Hughes at 13:37

Nice logic! Seems like all the c-suite types at the airlines must have been sleeping during those expensive MBAs.

The futures market is a zero sum game with the physical commodity delivered if not cashed out by an opposing contract. That means every time someone buys (pushing the price up), they must be prepared to deliver or sell (pushing the price down) come delivery date.

If the airline logic was true, they should be getting into speculation themselves - those supposedly always rising contract prices have fixed delivery dates so all the airline execs would need to do would be to short oil and make a killing come contract expiry. They don't because their argument is BS.

This load of BS makes me ashamed that I work in the travel industry.
Let's see the airlines pledge not to speculate or buy from speculators. Ha!

When airline CEO's are cutting service, raising fares, and firing tens of thousands, they need political cover. Come the end of summer dozens of small communities will have much less air service and far higher fares. Powerful members of Congress will want answers for their constituents. Who better to blame than "speculators"? I wrote my US Representative, Nancy Pelosi, to encourage her to resist this pressure. I encourage other American citizens reading this blog to do the same.

I hope somebody deep in the bowels of DC or Brussels is working on peace in the Niger delta, getting Japan, China, and India to help secure the Straits of Hormuz, and figuring out how to equitably eliminate Asian fuel subsidies that distort consumer demand.

Virgin airlines and Qantas made billions of dollars playing the game but when funds with lots of 401K and super got into the game the little companies ... the airlines lost their nerve.

Hi, glad you liked the image. Would have preferred if you'd asked permission to use it though - it's clearly marked as copyright and all rights reserved.

It makes me sad, to see all these airlines suffering. Unprotected by high fuel prices, what can they do? I work for a company that manages and tracks frequent flier mile programs and I've been following the airline industry on savvywallet.com. One thing to consider are the millions of unredeemed miles. My advice? Spend them before the companies decide to ground all their planes and services.