Will Travel 2.0 work in Asia? Yes - just as soon as the ad dollars flow faster 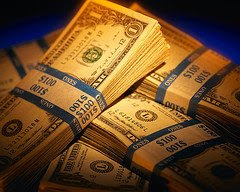 I was asked in an email this week about whether or not social networking sites will work in Asia. The question referred to a range of players such as Tript, triptouch, tripwiser and WAYN.

I have spoken before on the criteria for what makes a successful content (read Web 2.0) company in online travel. You can see that post here. I also did a post that discussed a lot of different approaches to content called "Content, content everywhere but who is getting the traffic". However this question asked me to think about this from the basis of the consumer market from a regional perspective rather than from a product and traffic perspective.

Content/Web 2.0 companies need two market based environmental factors to succeed. They need lots of containers and lots of advertisers.

Containers - this is a phrase I have adopted from Adam Healey. He used it to describe social networks, news readers and other web based products that capture a lot of user time and interaction. Critically these are the places that users build integrated online experiences with widgets, applications, social interactions and user generated content. This is needed because it shows that consumers are moving to the next level of interaction online and are open to product based web companies.

Advertisers - because they have the money. They are the business plan.

In Asia we have the containers. Friendster all but died in the West but is alive and kicking in Asia. MySpace and Facebook are fighting back against Friendster's early lead. Finally we cannot discount Asia's home growth social networks such as Cyworld in South Korea, Mixi in Japan and QQ.com in China (Richard MacManus has some interesting analysis here). Naturally to hit these local players then local language is critical.

thanks to JayMoney in flick for the photo
Posted by Tim Hughes at 12:50

you're right.. i'm an asian, so i'll worship FS and kick another social networks... :D