TripUp - "our site is dead, go to Facebook instead"

Sidestep bought TripUp in 2007 as part of the plan to add content and community and with meta-search. Then Kayak bought Sidestep and made it clear that they believed in affiliates and search as traffic generators not content and community sites. When asked by me what this meant for sites like TripUp, Kellie Pelletier of Kayak gave the not so coded code words of “evaluating all those relationships now” and “reviewing contracts and performance". That usually means you will see things being shut down in the next three months. Well here we are three months later and TripUp is dead. I wonder how the staff at Travelpost (another Sidestep Content acquisition) are feeling?

"Tripup is gone, sorry.
Maybe you can use Facebook instead, it's very popular."

I doubt even that page will last very long.

Thanks to to the Triptouch blog where I spotted the story.

Have attached a screenshot below 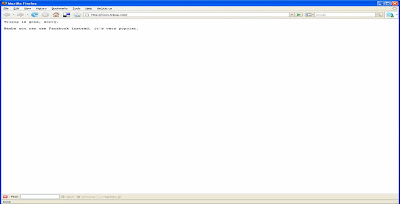 I don't believe SideStep purchased int for more than a dollar. I believe the "purchase" arrangement was made so that people backing Trip Up could say it was "bought" rather than the truth that it just failed.

If possible, I would love to see evidence that it was actually bought for more than a dollar.

a dollar absolutely qualifies as "an undisclosed sum"

This is what Kayak told us about their plans for Travelpost back in January this year.

you are right Tim...however, point remains that Trip Up was a total flop and I can't believe that Side Step was willing "buy" it...

Why do you think SideStep was willing to bail Trip Up out when it adds no value at all, in fact...looks ridiculous?

travel content has value in traffic generation. SEO marketing leads in travel companies are looking for more and more content to feed natural search activities. I do not know anywhere near enough about what TripUp was like when it was alive. I looked at it for a moment while writing the note on Sidestep's content acquisition frenzy. So I cant say either way whether TripUp was worth acquiring (regardless of the price). But a meta-search business that relies only on traffic arbitrage activities on Google for customers (ie buying traffic from Google at one price then selling it to inventory providers at another price) is playing a game where the prices are going up too fast.

All this talk about social networking and UGC and you have to ask yourself is it just too much like hard work for travel companies?

At least with a blog you can get a few writers to write good quality content, but promoting a social networking site and building UGC I would expect is tough going.