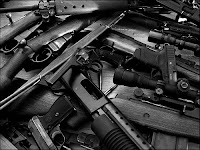 Frightening story coming out of Shaanxi province in China (location of the entombed warriors). Ten Australian travellers - all of them travel agents on a famil - were taken hostage. A hijacker (now dead at the hands of Chinese authorities) stormed the tour bus and took the travel agent hostage for about 2 hours before being tricked into leaving the tour bus and being shot by the authorities. According to reports none of the Australian travel agents were hurt. SMH story here.

I am never going to complain about a business trip ever again.

thanks to barjack for photo (via flickr)
Posted by Tim Hughes at 12:09

Email ThisBlogThis!Share to TwitterShare to FacebookShare to Pinterest
Labels: quirky

Does anybody know why the guy took the bus hostage ?

You obviously missed the journalists memo. This is a TERRORIST......

@anon 2 - cant wait for the day we drop all this PC and PR crap and simply call people with bombs strapped to them "complete wackos".

How about a couple of more scenarios,

So here is a local Chinese guy who hears about a bus load of Travel Agents and decides to get advice about travelling to Australia as well as a lift to the airport?

So then the Chinese travel agents at C-trip fearing loss of business see this and decide they don’t like the new competition coming in by the bus load, label him a wacko, get him taken out of the equation and serve this as a warning to other Chinese travelling dissidence not to stray away from local agents?