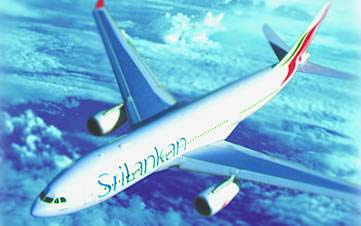 There is simple rule when you are in charge of a government owned airline - do whatever the president of the country says or pack your bags. Unfortunately Peter Hill the now CEO of SriLankan Airlines (British National) was caught by this rule. Story from e-tid (registration required) that staff at the airline refused to bump 35 passengers from a it scheduled London to Colombo via Maldives flight to accommodate President Mahinda Rajapaksa and his 35 strong entourage. Rajapaksa was returning from seeing his song graduate from the Royal Naval College (ie not official business). There is clearly a bit of he said, she said behind this story. The Airline says quite simply that the airline was full and no notice was given. The president seemed to channel blues great BB King by saying words to the effect of "by I am paying the cost to be the boss", threw in a little bit of "dont' you know who I am" before ending off with "you'll be sorry come Monday morning" (ok I made that bit up). In the end the Prez had to charter a flight to get home. Come the morning Hill's work permit is revoked forcing him to give up the top job at the airline and presumably leave the country. Hill was appointed to the airline by Emirates (who own 43.63%) so hopefully will be quickly saved from the jobless queue. For standing by his customers despite the utmost pressure that can be applied I have given Peter Hill the inaugural BOOT Airline Customer Care Devotee of the Year award.

UPDATE - 8 Jan 08 Emirates has announced (according to TravelToday) that it will not renew its management contract in March with SriLankan Airlines and sell its stake in the carrier. I would guess the deportation of a key Emirates exec must have been a factor or at least an indication of the state of the relationship between Emirates and the Sri Lankan government (though there is nothing in the story to suggest a link).
Posted by Tim Hughes at 08:20