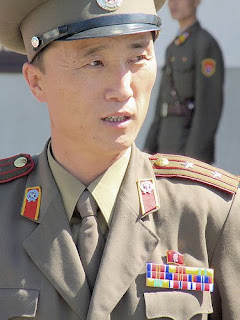 I have had the good fortune to visit Korea twice for work in the last nine months. It has been fascinating getting to understand the market more and work on strategies and plans. In my quest for more information on Korea in general and the online industries in particular I have come across two articles that may interest you.

First - an article on search engine marketing in Korea via SearchEngineWatch and Michael Bonfils called "Search Around the World: South Korea". The first paragraph has the hook - South Korea has three search engines ahead of Google and "the highest CPC prices in the world". Local sites Naver, Daum and Nate have beat Google and Yahoo so badly that the two search giants are fighting to see which of them can claim 3 and which can claim 4 percent market share in search. G and Y have all but given up doing it on their own with Google providing Daum and Nate with their paid search and Yahoo! doing the same for Naver. If you are interested in how search is different in Asia then this is a great read.

Second - a collection of 5 essays on Korea from the McKinsey Quarterly called "South Korea: Finding its place on the world stage".

The first essay by Stephen S. Roach and Sharon Lam of Morgan Stanley examines the South Korean economy. A highlight for me was their reasoning behind the South's rapid recovery from the Global F'n Crisis. They credit an ability by the economy to hit a middle ground. Not trying to compete with the Chinese on price and not trying to compete with the Japanese on quality. Rather finding a price/quality balance not found in products from the two Asian eco-powerhouses.

The second by Christopher Graves of Ogilvy looks at South Korea the brand talks about how South Korea has broken away from the "Hermit Nation" history through World Cups and Olympic Games but still needs to do more to establish the brand identity that benefit neighbours like Japan.

In the third Richard Dobbs and Roland Villinger of McKinsey take a different look at the economy with particular focus on the rise of the services sector. Concluding that for the next level of growth and any chance of achieving Japan like levels of GDP per capita the South must dramatically increase the size of it's services sector

For the fourth essay Shen Dingli of Fudan University outlines "Four steps to prosperity for Korea" including an interesting discussion on how to turn North Korea into an economic asset.

Both are worth a read for their commentary on Asia as a whole as well as Korea.

thanks to yeowatzup for the photo via flickr
Posted by Tim Hughes at 21:04

interesting about the search in korea.I guess google haven't got the world totally figured out yet then