Preparing for WebInTravel: Reviewing the BOOT’s predictions for 2009 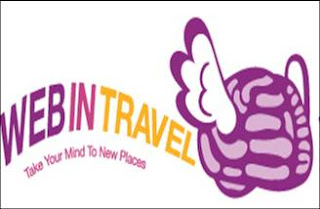 With TRAVELtech over it now time to prepare for WebInTravel in Singapore October 20-23. organiser Siew Hoon ask to to prepare an article prior to the conference on my thoughts on 2009 so far and beyond. Here is an edited version of submission

Back in January I made six predictions for 2009:

With Q3 about to end, I will use this article as a chance to review each prediction and see how they are tracking:

1. Airlines – the list of grounded airline companies is growing each day. So far in 2009 we have lost Myair, Skyeurope, JetAmerica, East Star Airlines, Air and many others (thank you Airline Closure blog). Might still lose Frontier but on the bright side (I think) Alitalia was saved. The year is not yet over and there is vulture talk around Air , US Airways, United and BMI;

2. Domestic travel – The Google results for “boom in domestic travel” produce a list of some 186,000 results touting the growth in domestic markets around the world including supplier sites, news site and DMO sites. The mashup word Staycation has entered our vernacular (despite its cringeworthiness);

3. Consolidation – We have not seen the consolidation I expected at the start of the year. There as some tuck-in deals but no multi-hundred million dollar deals to talk about. Instead we have seen no slow down in travel start ups raising funds. The WSJ carries a list of ten of the most notable (including Tripwolf, Dealbase, TVTrip and Yapta);

4. 2009 and mobile: This was my most controversial prediction and many did not agree with me. The argument in favour of my prediction is that bookings of travel via mobile phones apps (outside of and ) are still very small and arguably inconsequential to the $150+ billion online travel industry. Arguing against my prediction is the near unstoppable growth of smart phone sales (Blackberry, iPhone, Palm etc) (see Norm Rose’s recent post on this) and the amazing display of augmented reality mobile applications recently captured on Mashable including Nearest Tube and Wikitude;

5. Death of the dinosaurs: In my part of the world Stella Travel is half the company it was a year ago and Flight Centre’s profits have fallen dramatically. But it is not their financial results or size that interest me; it is the continued denial by the leadership of those companies that they need to take the online world seriously. Peter Lacaze of Stella is a known online travel sceptic. He is recently quoted on TravelTrends as saying “not in my lifetime” in response to a question about the internet taking over half the market in (despite the fact that this is already the case in the ). Flight Centre’s Graham Turner spoke at length after his FY09 annual results (see TravelToday pdf here) on how little he was worried about online travel companies and that they were not a threat to his business. Instead of taking the chances offered by a downturn to invest in new areas Lacaze and Turner continue to tell themselves that they don’t need to worry about online; and

6. Lastminute is back: This was the easiest prediction to make and have come true. There is data out there on reductions in lead times but the best form of proof is for you to do a search on any major online hotel player for check in tomorrow night and look at the deals that are available. The piece that surprised me was the parallel strength of the advance purchase side of the market.

There is one other thing I have my eye on for the rest of the year and beyond. It is the work that retail sites (like OTAs), search sites (like meta-search), content sites (like review sites) and discovery and inspiration sites are doing to personalise deals, search results and content streams down to the level of the individual. Much like how my twitter stream is different to every other stream because my follow list is a unique combination. Based on a concept known as individuation, I call this “EveryYou” . Stay turned for more on this topic during my WIT 2009 presentation and in later posts on the Business Of Online Travel.

Point number 5 is very interesting, I think this is the time to go online for companies whom have continuously denied the necessity of counting with a strong online presence, if they fail to follow the current trends of the market, they will be in serious trouble really soon