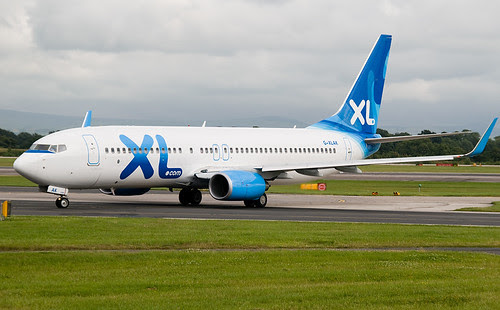 I have one little angle to add to all of the stories circulating on the collapse of UK Tour Operator XL Leisure Group. This part of one of the BBC stories on the collapse summarised for me the biggest problem facing traditional tour operators - more so that increases in fuel prices

That is one employee for every 1,350 passengers carried. Any of you out there working of an online player will know that that is is an extra-ordinarily small ratio compared to the numbers enjoyed in the online sector. For example Expedia lists 7,150 employees on the back of 13 million transactions a quarter. Sure the average booking value of a tour operator will be higher than a OTA but the tour operator model simply requires too many employees for new economy survival.

UPDATE - received a note from Timothy J O'Neil-Dunne of T2impact. Pointed out that once you add up all of the charters for all of the 5 legal entites (for example Air Malta) the the number of passengers is closer to 3.9 million pax for 2007 (According to published data). As Timothy points out that actually compares well to other airlines. He quotes United’s current numbers at 130 employees per plane.Thanks to R82 Photography over at flickr for the photo.
Posted by Tim Hughes at 10:59

Isnt one. My point is that any company with staff to passenger ratios in the travel industry that look like this (ie mainly those with airlines) should be very worried.

always a number to crunch.
damn stats made to mean whatever you desire.