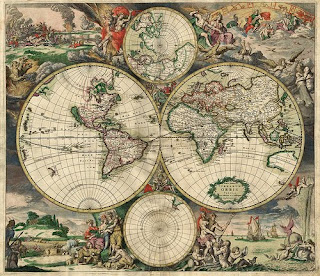 I have been asked many times how and where to collect data about countries for research and planning. Top line data such as population and economic numbers as well as travel industry specific numbers. Here is my recommended list of four sites for collecting data about a country:
Wikipedia: a obvious choice. Positives about wikipedia is that every country is covered and has a detailed entry. The downside is that the dept of the writing and attention paid varies greatly between each article. The number one wikipedia challenge is that it's greatest strength - a near limitless supply of writers - is also it's greatest weakness as it can result in inconsistent layouts between different countries and different source materials for each each country. Therefore while wikipedia is useful for discovering information, it is less useful in comparing data between countries.
CIA world factbook: is everything that wikipedia wants to be from a data point of view. Since 1943 the predecessors of the CIA (and now the CIA) have been collecting country information and collating it into a central place - that is now freely available online. While it is is not updated as often as wikipedia, there is a consistency of measures and tracking that allows for a clearer and cleaner comparison between countries on topline metrics such as GDP, population, unemployment rates, languages and government structures. There are also useful numbers that are less obvious but just as helpful in planning such as size of the labour force, percentage below the poverty line, number of mobile phones and number of internet hosts. Very useful site for comparing a series of countries with data from the same source.
Wolfram Alpha: Wolfram Alpha is the Internet's way of saying "there are bigger geeks in the world than anyone at Google". The founders of Wolfram Alpha are the geeks of geeks, nerds of nerds. These guys are living maths and algorithm gods. They have tried to build a search engine focused on fact based questions and collecting data. Type in a country name and an easy to read list of useful stats appear. The uber geek part of this is the ability to generate charts and dive deeper into certain facts. For example look at the demographic section of a search result on Wolfram Alpha and you can diver into the details such as the distribution between male, female, children, adult and elderly.
World Travel & Tourism Council: The WTTC Travel Research Centre is the only place I know for consistently calculated data on travel demand. The good is that it covers every country and splits between business spend and leisure spend. Each country can be compared based on the same calculation method for the same travel categories. The bad is that in calculating the key categories such as "personal travel & tourism" and "business travel", the WTTC takes a very expansive collection methodology. Make sure you review the definitions before using this data. For example personal travel & tourism is calculated to include "all personal spending by residents on Travel & Tourism services (accommodation, transportation, entertainment, meals, etc) and goods (both durable and non-durable) used for Travel & Tourism activities. Spending may occur before, during or after a trip. Spending covers all Travel & Tourism, both domestic and international". In other words it includes everything spent before, during and after a trip. From luggage bought before the trip to the taxi home from the airport. It is a very expansive number. The WTTC research is great for comparing different scale between countries but be careful if you rely too much on the absolute (rather than relative) levels of spend.
Any other sites you use?
thanks to Chuck "Caveman" Coker for the photo over at flickr
Posted by Tim Hughes at 11:30

Email ThisBlogThis!Share to TwitterShare to FacebookShare to Pinterest
Labels: search

good list you saved
me the some time because
i wanted to search for such list , Thank you
Regards .

Thank you very much for valuable information…Your article is helpful !