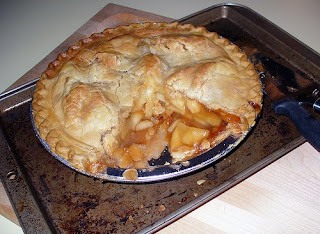 "2009 will not be the year of mobile for the travel industry: Every year since 2000 we have been talking about the mobile revolution in online travel. This year I rejoined that chorus of mobile revolution fan boys while at PhoCusWright in LA. With the Global Financial Crisis (I am told there is even an acronym for this - GFC) in full swing I think the larger players will pull back from their mobile plans and focus on core products, costs control and customer loyalty. Mobile will have to wait until 2010; and"

Many disagreed including Norm Rose, arguing that the proliferation of smart phones and mobile apps would prove me wrong. But I would not be talked out of it. In September I reaffirmed by prediction saying

" The argument in favour of my prediction is that bookings of travel via mobile phones apps (outside of and ) are still very small and arguably inconsequential to the $150+ billion online travel industry. "

Here we are in November and I was looking forward to debating my position with Norm at PhoCusWright next week. But with barely a week to go before seeing Norm in Orlando, Google won the debate for him by buying AdMob for $750 million. AdMob is/was a Sequoia backed mobile display advertising platform.

This means that Google's third largest acquisition ever (after YouTube and DoubleClick) is of a company with maybe $40mm in revenue focused on putting adverts on iPhones, Android phones, smartphones etc. We now have a revenue model and distribution for advertising on the phone. Add that to the travel app bonanza on iTunes and elsewhere, the levels of smartphone penetration, augmented reality and more.

You got me Norm. I concede. Google has closed out the year with a big M&A deal proving that 2009 is indeed a year for Mobile. See you in Orlando for a piece of humble pie.

More on the deal read these two TechCrunch posts
thanks to smiteme for the pie photo
Posted by Tim Hughes at 10:45

look forward to seeing you next week in Orlando. I think that although this is a big deal for Mobile, your point about mobile being of minimal importance for driving travel transactions in the near term holds true. PCW predicts only $80 million of hotel bookings via mobile by 2012. That is insignificant. We should be careful to balance the importance of innovating in this new channel with the need to focus on improving the core web user experience for travelers, where there are myriad opportunities for improvement.

You are right. My points about transactions remain valid. Scale on transactions in mobile are a few years away. Look forward to seeing you next week

Too early to eat humble pie I think..

3 thoughts that make mobile different to the internet;

The networks still control the pipe much more aggressively than ISP’s ie in the .com explosion it was all you can eat plans, mobile still charge by the minute. Megabyte etc and they want a slice of this pie.

Browsing behaviour is different. In mobile is it quick “disposable” moments, online session times are much longer, richer etc. do you really want to research your trip on your mobile etc. I think mobile has a place but only as a supplement to the online travel experience ie last minute deals in destination you have expressed an internet etc

Thank you for your kinds words. I look forward to sharing a piece of that pie with you next week in Orlando! I still believe mobile will have as major of a an impact on the travel process as the Internet itself. I agree bookings are low today, but the opportunity for new location based services offered by various players in the travel value chain has the potential of enhancing the travel experience for all. Mobile is also an ideal platform for selling ancillary services. See you next week!