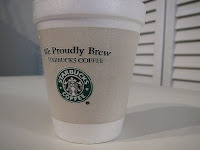 Back in the this week for work in and . Allowed me to try the newly refurbed United Airlines International Business Class (proud brewers of Starbucks Coffee!). When launching the new product at PhoCusWright in LA last November Tim Simonds (United’s MD of Customer Strategy and Metrics) candidly admitted that the product was not “as good as foreign flag carriers”. That is was designed to compete with other based carriers.

Simonds was right. As an overall experience the United International Business is well behind my preferred rides (, BA, Virgin-Atlantic and Cathay Pacific). However in terms of the seat itself, the gap has been dramatically closed. On the Pacific route specifically Qantas maintains a clear lead in terms of quality of the food and the lounges but judged by seat and in-flight entertainment United is now on par with a world class product. The challenge for United is that it is charging the same price as Qantas. This means that on a same cost basis I will continue to fly Qantas. But if circumstances dictate that I fly United I will be approaching the flight with thoughts of comfort and productivity rather than with fear and loathing.

The BOOT rating for United's International Business Class is a 3.5 stars out of 6 or "Good Seat". Here detailed review (More reviews and details of scoring system here)


thanks to Majiscup - Drink for Design for the photo
Posted by Tim Hughes at 10:43

POOR SERVICE..... A RIP OFF...... VERY RUDE AGENTS ON PHONE. i SPOKE WITH MISS Yu IN THE CUSTOMER RELATIONS DEPARTMENT REGARDING MY TICKET.... SHE TALKED OVER ME THE WHOLE TIME AND KEPT ON WANTING TO HANG UP. I CALLED TO COMPLAIN ABOUT A 1400 PLANE TICKET THAT I PURCHASED FROM TORONTO TO GUANGZHOU. U NEED A VISA TO ENTER GUANGZHOU AND GEUSS WHAT.... I WAS NEVER TOLD I NEEDED A VISA... SO I CALLED TO COMPLAIN ABOUT MY TICKET AND MAKE IT AN OPEN TICKET.... SHE TOLD ME ITS 50% OF EITHER WAY BY CHANGING OR GETTING A REFUND.... I CALLED MY FLIGHT AGENCY AND THEY SAID THOSE ARE THE RULES OF THE TICKET.... UNFORTUNATLY I AM NOT IN CHINA AND I AM OUT 700 US AND 600 FOR HOTEL ACOMEDATIONS. THANKS A LOT UNITED. my united airelines record locator>N84MF6.... What ever you do DO NOT FLY UNITED>>>> UNITED AIRLINES= RIPOFF.... its too bad they dont even deserve a 0 rating.... below zero