Mile Run: Frequent flyer miles, obsessions and what to do with my relationship with Qantas 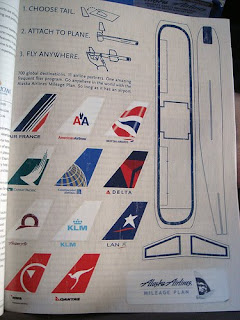 I have been mulling over my relationship with Qantas. I have just achieved life time Gold status with them while also qualifying for my ninth year in a row as one of their Platinum fliers. That said, I have not flown Qantas long haul for almost a year. My last trip was economy class Qantas to Singapore almost a year ago. I held my Platinum status through domestic trips on QF and long haul trips on oneworld partners Cathay Pacific, BA and JAL. Choice played a role (I am a big fan of CX Business Class) but more often than not it was price that put me on BA and CX rather than QF - especially as my company has a United preference for Australia to US travel.

So I started a forum thread over at FrequentFlyer.com.au on whether I should chase Qantas Platinum status for another year or move my main frequent flyer account over to BA, CX or American. The discussion is here.

At the same time I cam across this video on the fantastic Elliott.org blog. It is a 18min video documentary of flying enthusiasts/nuts chasing mileage status and bonuses. Including an amazing story of a guy that paid people in northern Thailand to fly a particular routing on Thai four times a day to collect Star Alliance points. Reminded me of the famous Pudding Guy (David Phillips) who earned 1.25mm frequent flyer miles in 1999 just by buying 12,150 yoghurt container sized serves of chocolate pudding.

If you don't have time to watch the video then here are some of the statistical take aways from the video are (in part drawn from a great Economist article from 2005 called "Funny money; Frequent-flyer miles" - pdf version here):
As the Econmist says with that much "currency" in circulation and no one looking to restrict or manage supply then regular devaluations are inevitable. In other words - having lots of miles ig great but if you don't spend them then they will be devalued over time. They have to be. Here is the video.

thanks to msmail for the photo at flickr
Posted by Tim Hughes at 15:03

FYI - we did a calculation on attaining BA Silver mileage and if you could somehow get people to fly for you and past security this is how to do it....