Marriott, Hilon and Omni reporting growth in sales via mobile - but I still believe that 2009 is not the year for mobile 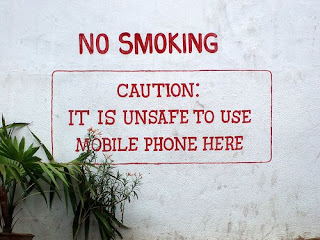 Advertising Age's Rita Chang has a story in Advertising Age on increased mobile distribution for hotel chains called "Mobile Hotel Bookings Show ROT in Recession". Highlights from the story are:
In my predictions post for 2009 I said that 2009 will not be the year for mobile in the travel industry because most distribution players will focus on their core products rather than new distribution ideas. This is not a popular prediction. PhoCuWright (respectfully) don't agree with me both through their Trends for 2009 report where they predict that "Mobile Arrives (finally) - and Gets Contextual" and in Norm Rose's reply to my prediction is here. My former Cendant colleagues at Hudson Crossing also don't agree in their Trends in Travel Investment 2009 report (pdf) where Mike McCormick predicts that Mobile will begin to "emerge, converge and finally arrive in travel". More than half of the commentators in Travolution's Predictions for 2009 also disagree with me.

The beauty of this Advertising Age report is that each of us can use the numbers to support our case. I can say that the results are so small and off such a low base that they show that mobile is still a year or more away from having the impact we have been waiting for since 2000. The pro-mobile camp can use the growth rates, the penetration of smart phones and the return of the last minute model - all before the end of Feb 2009- as proof that mobile is picking up speed and headed for victory in 2009.

So where do you stand? Am I mad to swim upstream against the other commentators on mobile in 2009?

Update - Jakob Neilsen has an interesting post on the usability on Internet via mobile called Mobile Web 2009 = Desktop Web 1998 that (I think) supports my view (found it at Hotelmarketing.com).

Hat tip to nakedbearmedia for sending me the Advertising Age link

thanks to Matthieu :: giik.net/blog over at flickr for the photo
Posted by Tim Hughes at 10:34

Have to agree with you Tim.

The innovation budgets are shrinking as times get tougher and business will not invest more money into something that does not generate an immediate or near future return.

Considering all the other fish to fry (basic website optimization etc.) at the moment and the timing/critical mass is not with mobile at the moment.

Is the mass market even ready to transact over their phones when a large portion of this market are still struggling with website ecommerce?

I am sure mobile be important one day but unfortunately for some promoters that day has not arrived and I think calling it even for 2010 would be a bit optimistic.

We are in a systemic collapse economy, and travel cies need immediate business at the lower cost possible.

And when you have NO demand for your product (the case in many area), it's not to go mobile who will change this fact.

I think travel actors need to concentrate to others priorities.

I also have to agree with you here Tim; at least in Australia.

Many travel companies are currently focusing on cutting costs and improving the way they address existing markets/needs, not on developing new ones.

I am sure that innovative travel companies will continue to make use of mobile technology to provide a better service, but not to the extent that mobile becomes a major travel distribution medium any time soon.

If you look at markets such as Japan however then that's another story as mobiles are already used by a much larger percentage of the population to access, interact and transact on the internet.

...BUT, I do think it's important to point out that there's an undeniable, rapid evolution taking place within mobile.

Two years ago I had to visit "wap sites" that didn't do squat, yet now I can stand on a corner w/ an iPhone and use the Yelp application to find + reserve a table at a highly rated restaurant within 5 city blocks.

That's a lot of progress in a short amount of time. Clearly the lodging market differs in many ways from restaurants, but I think we'll continue seeing mobile advancing at a faster pace than in previous years.

@John I agree. I predict that most of the product investment and innovation will be around "deal identification" (help consumers find cheaper products and "process improvements" (making the business cheaper to run)

@Claude I have never seen anything like this. It is like consumers have closed their wallets and are sitting and home waiting for a miracle

@Jonathan - good comments about Japan. You are right. Some of the player there (like Ikyu) have been reporting 40%+ of their bookings by mobile web already.

@Pete - I agree. The iphone has done a lot of things, one of which is to prove that a common platform and dev structure is the clear catalyst for product grown and mobile usage.

@Jonathan - yep - just spent two weeks in japan. no one talks on train, they all have their mobile screen in front of their eyes.

but i notice that they also seem to like looking into mirrors, so not sure if the mobile is actually turned on, could just have double use as mirror ;-)