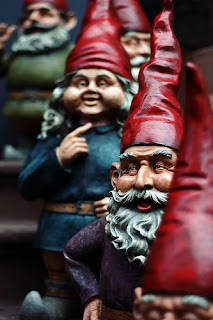 Back in December 2002 Travelocity announced that it had joined the industry trend for fees on airline tickets by introducing a modest $5 fee (original CNET story). Six or so years later, the WSJ has the story that fees will be removed on airline tickets by Travelocity starting 31 March. As I mentioned in the post on Expedia's decision to do the same, the industry is changed forever by this move. The media model will get a boost from this decision and become more important. So do the produce efforts around cross sell.

I recall in the early days of airline commission reductions and online hotel sales (around 2000, 2001). The industry was a-buzz with analogies for describing the new models taking hold. Milk at the back of the store" and the "would you like fries & a coke with that" were being used by online travel strategists as we planned moves to following offline retailers into the world of cross sell and margin managementl. The message being that the low margin product (air/milk/burger) was the lure to sell the high margin product (hotel/candy/post mix soda).

Now I believe that the airline ticket business in online travel is more like the Razor Blade/Razor model. This is where component one of a product (razor/polaroid camera/game console/air ticket) is sold at a loss to drive sales of the second component of a product (razor blade/film/game/hotel). With this model change comes substantive industry change.

thanks to B Tal over at flickr for the gnome shot
Posted by Tim Hughes at 09:57

Or rather a traffic acquisition vehicle you then monetize by selling something against (be it ads or hotels).

Razor analogy doesn't really work as once I've bought my fee free flight I don't NEED to buy my hotel from Expedia or Travelocity. Whereas my mach 3 (so behind the upgrade curve) is useless without fresh blades so I am locked in.

I am not convinced that the media model is the driving force here.

I think there are 2 things happening here: 1. desperate attempts to win market share away from competitors in a stalled market. 2. tactical PR to get free press and traffic - ala Ryanair.

I might be wrong... but if we're at the point where OTAs of this size make more money with ads than their own sales, there is something really wrong.

i guess it also says, that expedia and travelocity have stalled on innovation and differentiation to some extent.

the day one is competiting merely on price is the day they become a commodity.

car rentals companies has shot themselves in foot by no differentiating and becoming a commodity.

what has not been mentioned as far as i can see, is that meta search allows the comparison of flight and then no booking fee when booking direct.

wonder how much this move is in response to zero fee in the kayak/direct model?

Travelocity and Expedia are just following a concept flight portals like www.whichbudget.com started years ago (WhichBudget was founded back in 2002).

Our business model has always been to offer our services for free and to create large traffic volumes, making money on affiliate commission paid by some airlines, hotels, car hire companies, etc. and to sell targeted advertising.

Expedia is crushing the field with their superior monetization in hotels and packages.

I summarized Citi's analysis of EXPE's rise since cutting the fees here - http://tinyurl.com/expediaonthemove

tim, hope you don't mind, it includes a rather cheeky image of your razors and bundles metaphor

@dairmuid - you make a good point. I now agree that the link to the Razor model is not as tight as I first thought.